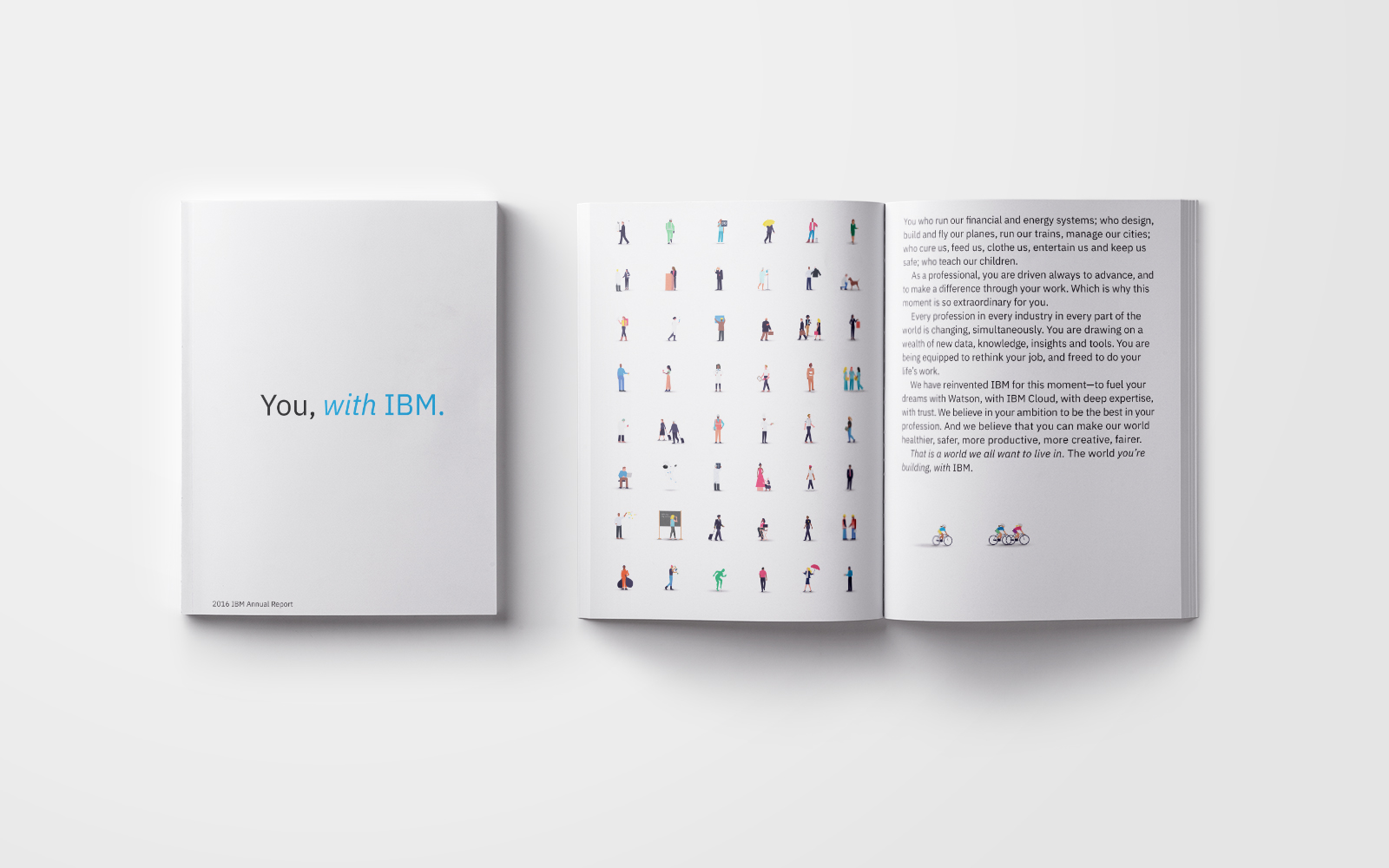 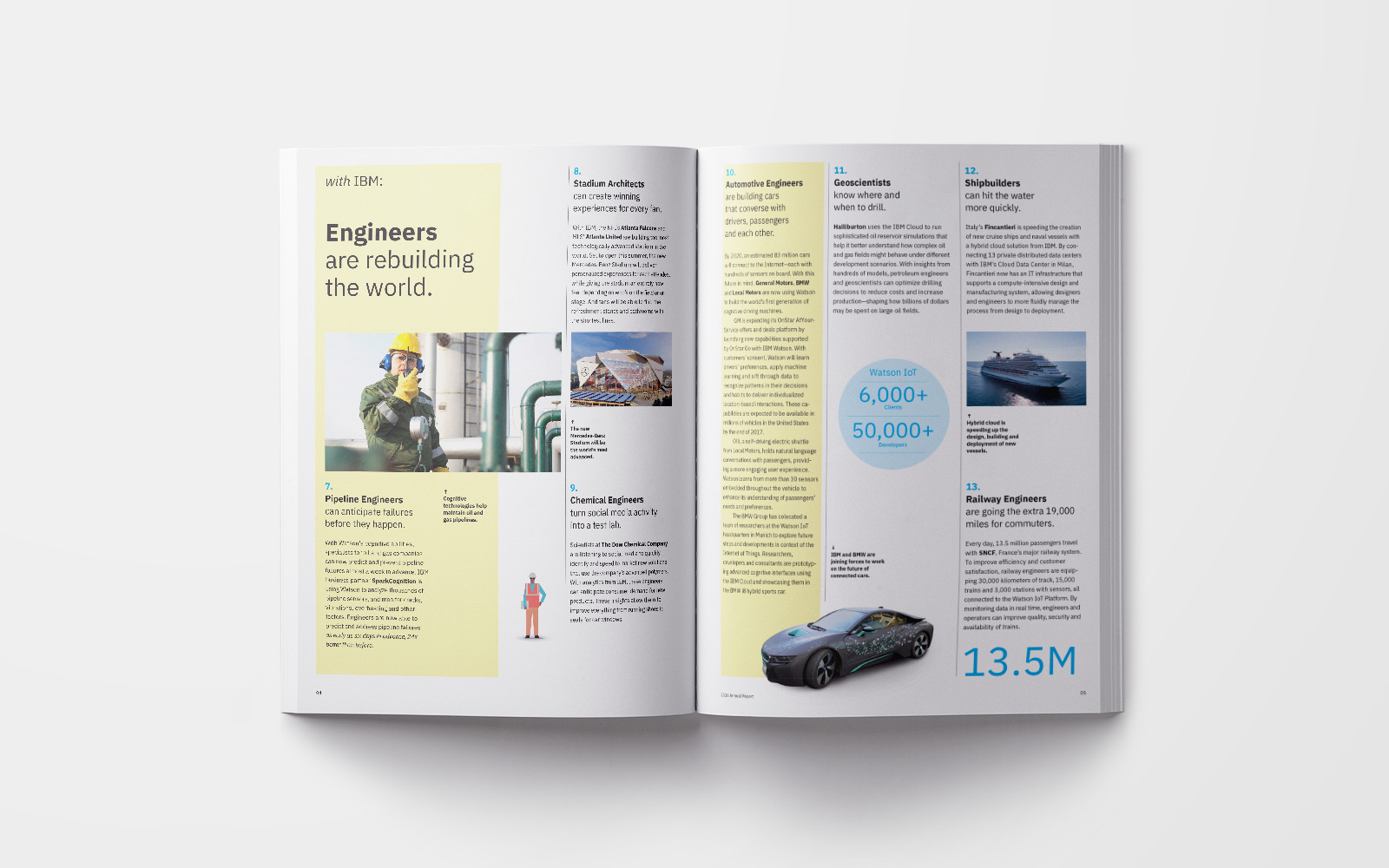 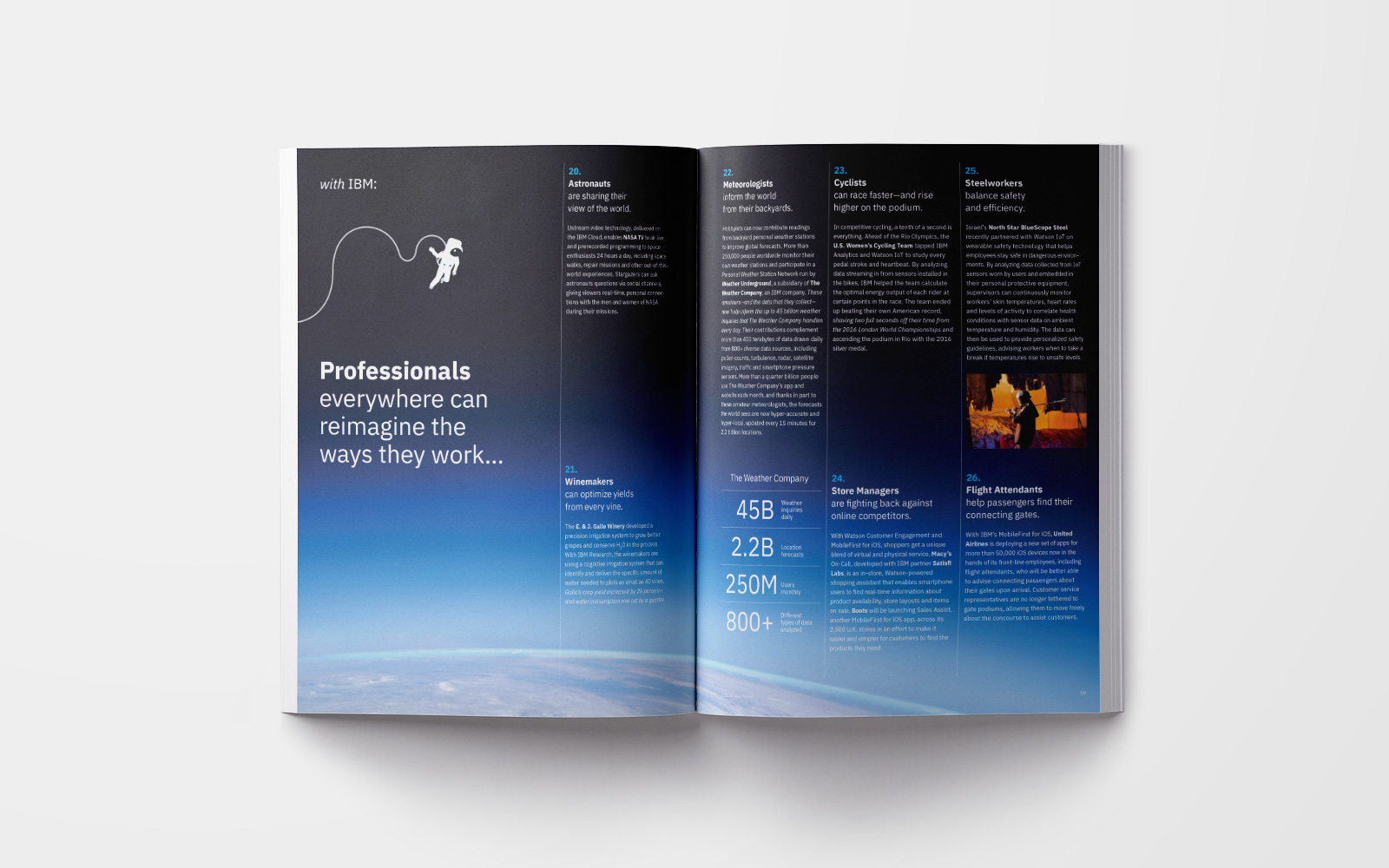 Not generally known as a light-hearted read, annual reports for a massive multinational technology companies are usually packed with numbers and can be downright daunting. With the unending amounts of data available in today’s world and with International Business Machine’s (IBM) ongoing attempts to harness and utilize that data, IBM’s 2016 Annual Report was no exception.

Some noteworthy data-related numbers featured in the publication:

As part of the creative team tasked with developing and producing the 2016 IBM Annual report, Michael Dudley was responsible for creating the final mechanical file that was the culmination of an amazing team of writers, designers, and number-crunchers. The first 24 pages of this publication set out to visually represent these huge strides IBM had made in 2016 on their path of ongoing transformation and return to growth, and highlighted many of the amazing feats IBM accomplished that year.